We know BNP must come to polls: Quader 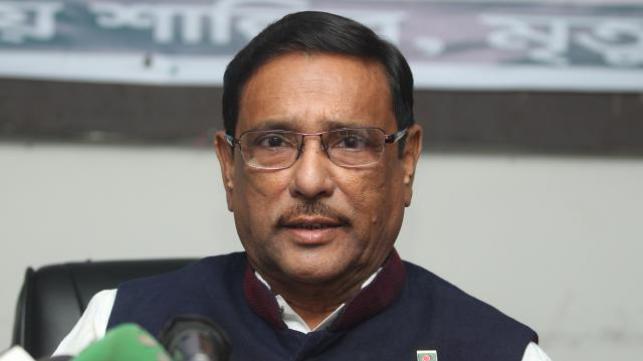 “There will be no need to hold any talks before the general elections. We know BNP will for sure come to the polls. Because, it’s the BNP leaders who are saying that Khaleda Zia’s jail sentence will rather strengthen the party,” said Quader.

Also the road transport and bridges minister, Quader was exchanging views with Feni newsmen at the Circuit House in the district down.

The AL general secretary went on to say, “We hope the next general elections will be participatory, with the participation of that strengthened BNP.”

He also said the five-year tenure of the AL government will end on 12 January and the election commission would hold general elections in December accordingly.

A specialised court sentenced BNP chairperson and former prime minister Khaleda Zia to five years in jail and sent her to jail on the day of verdict.

Political analysts fear that Khaleda’s jail sentence cast doubts on BNP’s participation in the next polls.